This is a weekly series highlighting Open Access Button users from around the world, discussing their work, and sharing their stories. If you would like to participate, please email oabutton@gmail.com.

Jon uses the Open Access Button, because he thinks it has the potential to create a powerful dataset and it’s a great way to document the failure of publishers. He commented that “every time you hit a paywall, that’s a publisher announcing that their role is to prohibit the progress of science as much as possible.”[/caption]

Jon Tennant is a paleontology PhD student at Imperial College London and an Open Access advocate. He studies the impact of uneven sampling in the fossil record and how it influences interpretations of biodiversity and mass extinction, and the taxonomy and relationships of atoposaurids, a group of mini fossil crocodiles. Despite being at a well funded university, paywalls affect Jon’s research on an almost daily basis. “If it’s bad for me, I can’t even dream of what it must be like at a less wealthy university,” he said.

Jon first realized there was something wrong with the current publishing system after finishing his second Master’s. “It didn’t even occur to me previously that it was odd that we couldn’t access some papers,” he explained, “I figured that was just the norm!” But the more he read into publishing he saw academic publishing being one of the most profitable industries and academic resistance to contributing to the “public pot of knowledge.” This all indicated to him that there was something deeply wrong with our publishing and academic cultures. Jon views paywalls as the failure of publishers. “You had one job, guys,” he quipped, “Distribute the outputs of research.” He uses the Open Access Button to document these failures of publishers. He commented that “every time you hit a paywall, that’s a publisher announcing that their role is to prohibit the progress of science as much as possible.”

Thankfully for Jon and other paleontologists the field has some great open databases, such as Fossilworks and the Palaeobiology Database, which document the published knowledge of the fossil record. But if paleontologists don’t have access to research papers, then they can’t populate the database and datasets remain incomplete. His experience with paywalls and knowing the great value in open databases has led Tennant to being an Open Access advocate. He advocates for Open Access by being vocal about Open Access and combating misconceptions both through face to face and online communications. However, he has experienced friction, especially from PhD students who often don’t get much choice in where to submit based on their supervisor’s demand.

This past week his advocacy turned to the American Association for the Advancement of Science (AAAS). The AAAS recently announced the launch of a new Open Access journal called Science Advances. This appears to be a good thing as further support for Open Access; however, the policies and charges for the new journal are “about the most regressive possible thing for science publishing possible,” Jon said. Science Advances has a $3,000 article processing charge (APC) and a default choice of CC BY-NC license with a $1,000 surcharge for authors who want a CC-BY license. The extraordinary costs continue with a $1,500 surcharge for articles more than 10 pages in length despite the journal being online.

Jon along with other advocates drafted an open letter to the AAAS addressing their concerns about the new journal and offered some recommendations. The letter has received 115 signatures. “Academics should give extremely careful consideration to the concept of branding in science and stop playing the journal rank game, which I think is the only reason why the AAAS chose this pricing scheme,” he said.

Of course Jon had a lot to say when asked what should be done to change the publishing system. “What should be done? Eliminate Wiley, Elsevier, NPG, the AAAS, Taylor and Francis, and all the other ‘legacy’ publishers that thrive off archaic systems and exorbitant profits. Presently, they represent the schism in publishing — profit and sustainable finances versus openness and maximum impact of research,” he said. Realistically though he’d like to see universities and/or governments as publishers, since both have the skills and technology to publish at a fraction of the cost and value the research differently than for profit publishers.

However, Jon sees the biggest issue as cultural resistance. “Until you change how academics are assessed, their publishing practices won’t change, and therefore why should traditional publishers do anything which can damage their profits?” he said. Jon would like to see funders recognise that publishing doesn’t have to cost as much as traditional publishers are charging, and for hiring committees to stop attempting to quantify researcher outputs with methods like impact factor. “There’s really nothing more embarrassing on many levels than a senior member of your research field scoffing ‘PeerJ? But it doesn’t even have an impact factor!’ when you mention you’ve submitted a paper there, as if that was an actual meaningful or evidence-based statement. That’s the kind of thing that has to change.” 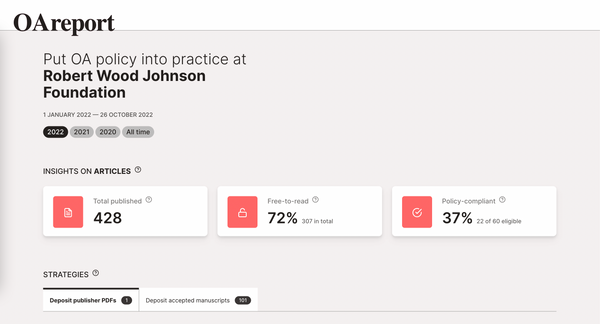